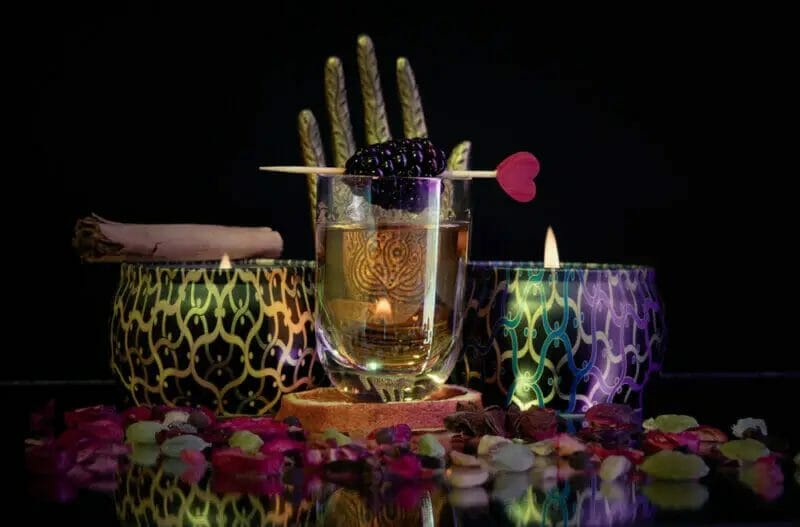 Buddhism is a religion that is often associated with moderation and temperance. So, what happens when you’re in the presence of alcohol?

In this post I will be touching on a question that has been on my mind for a while. Do Buddhists drink alcohol?

Alcohol is not endorsed or encouraged by Buddhism. Alcohol is considered a violation of the precepts of Buddhism. In addition to the five precepts, the ten precepts of sāmaṇeras and the vows of monks and nuns all prohibit Buddhist practitioners from drinking alcohol.

While Buddhism differs greatly across countries, the consumption of alcohol has been prohibited since the beginnings of the religion. The earliest Buddhist texts, the Pali scriptures, expressly prohibited the production and sale of all alcoholic drinks.

Alcohol is generally prohibited in Buddhism due to the belief that it is a distraction and a cause of harm to the body and the mind and to society and the environment.

However, alcohol consumption is discouraged not only in Buddhist countries.

Various religious and cultural groups throughout the world discourage the consumption of alcohol and the use of other recreational drugs. Some do so on religious grounds, while others do so on grounds of public health and safety.

In Buddhism, the general rule is that any kind of drink that causes heedlessness or loss of mindfulness is forbidden. It is considered a violation of vows to achieve a state in which the mind has been obscured.

Buddhism is a path to enlightenment, not a set of rules. The point is to free yourself from your cravings — and alcohol is a craving — and see the world as it is.

Buddhists are also prohibited from participating in any business involving intoxicants.

As a matter of fact, the meaning of this precept goes far beyond alcohol.

Any form of intoxication that creates a state of irrationality or loses one’s normally sensible mind is a violation of the precepts. This includes the use of illegal drugs, as well as eating, drinking, or smoking too much.

‘The Five Precepts of Buddhism’ are widely taken by lay people in many Buddhist traditions. All the five precepts, or “rules,” are self-explanatory in that they require a certain ethical conduct in order to avoid wrongdoing.

The fifth of the five precepts states that one ought to abstain from intoxicating substances that lead to heedlessness. Intoxication is the state of being poisoned by a substance, often in reference to alcohol or other drugs such as cocaine, heroin etc.

Alcohol can have a detrimental effect on a person’s physical and mental health. It can easily lead a person down a path of addiction and dependence.

It is important to remember that there are variations in the tenets of Buddhism across different regions and cultures. No single Buddhist authority can speak on behalf of the multitude of traditions that exist today.

Several Buddhist traditions, including the Theravada, Mahayana and Tibetan traditions, do not allow for alcohol consumption.

In a lot of Asian countries, Buddhism is a way of life. And in many of these countries, Buddhists have a strong moral stance against the consumption of alcohol. They think that it causes people to act aggressively, irresponsibly, and violently.

Buddhist monks and nuns are prohibited from consuming any type of alcohol.

The Theravada tradition generally considers it a violation of the fifth precept to consume intoxicating substances (including alcohol and drugs) and they abstain from them entirely.

Tibet’s Vajrayana Buddhist monks and nuns follow the ‘no drinking’ rule literally, abstaining from alcohol and mind-intoxicating drugs on a daily basis.

In doing so, however, be aware that there are sometimes exceptions, such as the use of alcohol in the purification ceremony known as ‘tsog’ or ‘tsok’.

It is true that alcohol is disallowed in most Buddhist ceremonies. However, the use of alcohol has been incorporated into certain Buddhist rituals; most prominent of which is the ganachakra-gathering ritual. This ritual involves the consumption of a blessed beverage that contains small amounts of alcohol.

I feel that in order to stay in harmony with the teachings it is best to avoid all intoxicants, including alcohol. Of course in this day and age it can be a bit of a challenge to do so.

Buddhists generally do not drink alcohol because it is intoxicating. To not become intoxicated is the fifth vow of the ‘Five Precepts’. But this does not mean that Buddhists do not drink at all.

Many Buddhists take only some of the ‘Five Precepts’ (Pancha Sila). As such, there is no set answer to the question of whether Buddhists drink alcohol.

However, it’s not uncommon to hear of Buddhists who consume alcohol, but alcohol is not something they are supposed to partake in. Some Buddhists do drink alcohol.

Is Wine Allowed in Buddhism?

Well, the short answer is no. Buddhists are not allowed to drink wine because it is one of the many forms of intoxicants that Buddha forbade.

Often in canonical Buddhist texts, beverages are referred to as ‘surāmerayamjja’. It refers to a wide variety of alcoholic drinks, many of which are fermented.

Generally speaking, surāmerayamjja encompasses a wide variety of alcoholic drinks, ranging from fermentation-derived drinks like ‘surā’, to distilled drinks made from fruit sugar, like ‘meraya’, to spirits like ‘majja’.

The process of fermentation is used to make wine and other liquors.

Accordingly, wine is also considered surāmerayamjja and therefore, not permitted in most Buddhist societies.

The Buddha encouraged moderation and self-control, and taught that we should be mindful of what we consume and not overindulge.

Today, however, drinking wine is a controversial issue among Buddhists. Many Buddhists are not so strict when it comes to wine.

Alcohol is the subject of much controversy, with both sides of the argument claiming that alcohol is an effective tool to relieve stress, or that it is poison.

It’s an undeniable fact: alcohol is the most widely used and abused drug across the globe. It is used socially, medically, and in many other ways. The relationship between alcohol and Buddhism is not quite so simple.

Some Buddhists can be found in bars and at parties drinking alcohol as they are not actively practicing their religion.

Usually, if a Buddhist does drink, it is considered one of the five precepts that he or she will break and therefore will need to do penance for this transgression.

Buddhist philosophy is more than just a religion. It is the foundation and framework that weaves life together in all its myriad dimensions – physical, emotional, moral and spiritual.

Buddhism is a religion that encourages sobriety and discourages the use of drugs and intoxicants.

Alcohol is seen as problematic in this regard. It has an almost limitless capacity for being abused and can lead to addiction and a host of poor decisions.

Alcoholism is a real problem that baffles many people. Alcohol can lead to so many problems—social, health, and spiritual—that it deserves more than a few minutes of consideration.

Perhaps, these are the reasons why many Buddhists think that alcohol is a no-go.

One of the most important things that a meditator can have is a comfortable meditation cushion. Meditation cushions are designed to promote good … END_OF_DOCUMENT_TOKEN_TO_BE_REPLACED

Meditation is an important aspect of Buddhism. You could say that Buddhism is a religion that is about being mindful, a practice that is often a … END_OF_DOCUMENT_TOKEN_TO_BE_REPLACED

It's commonly believed that "The foot feels the foot when it feels the ground" comes from Buddha, but it was actually written by a noted English … END_OF_DOCUMENT_TOKEN_TO_BE_REPLACED