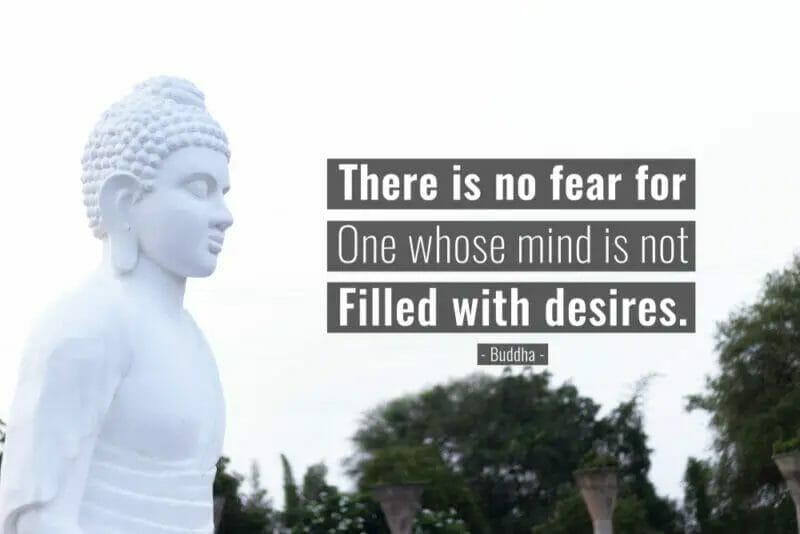 Yet this can be hard in today’s world where there are so many distractions.

Buddhists – be they lay followers or monastics – are expected to adhere to higher principles and not engage in inappropriate sexual behavior or ‘sexual misconduct’.

Now, there are no concrete definitions specifying exactly what ‘sexual misconduct’ entails though, which allows for differing interpretations to each school of Buddhism.

A voluntary sexual act of any kind is prohibited in the Vinaya, which is the regulation book for Buddha’s monks.

There’s strict enforcement of this rule. As such, any monk or nun found guilty of violating this rule will have to confess it to a gathering of monks and/or nuns as applicable by his/her order.

But no one would be punished for being raped or having wet dreams.

Note that laity was not given any guidance on this matter by the Buddha.

In Buddhism, it is tradition that monastics do not engage in physical relations of any kind.

A Buddhist monk does not engage in sexual intercourse because he/she has taken vows of celibacy. One reason for this practice is that it decreases the state of craving which ultimately leads to unhappiness.

This does not mean they need to inflict pain on themselves, it’s just to live a peaceful life where the things you have do not define you. The path to enlightenment is not defined by the physical body or senses, but by identification through consciousness.

For them, losing the desire for physical gratification helps them gain more inner peace by removing elements of longing and desire, which lead to suffering and dissatisfaction.

Buddhist practitioners can take short-term vows of celibacy, but monks have let go of many physical sources of pleasure so that they can focus on internal pleasures such as those found through meditation and prayer.

By abstaining from certain actions and desires, they find meaning beyond the material world. This helps them achieve a goal that is more permanent than the feeling of temporary pleasures such as food and sleep.

And a desire for more leads in the opposite direction from the Noble Path.

While they do get away from these common desires that commonly get in the way of true meditation or worship more effectively, this can also mean they are very unfamiliar with many of the things you find commonplace in people’s lives today.

Buddhist laymen are also expected not to commit adultery or other forms of sexual misconduct.

Buddhism’s ethical code is laid out in the Five Precepts. The precepts of Buddhism address the most common areas in which an individual might be prone to misconduct: killing, stealing, and sexual misconduct etc.

However, precepts vary in degree based on whether you take 5, 8 or 10 precepts. In practice, laypeople follow 5 or 8 precepts, while monks (bikkhus) follow 10.

Bhikkhus are expected to practice full abstinence all year around. However, for lay Buddhists there are more moderate degrees of the precepts.

It is prohibited for lay people to engage in any kind of sexual activity on special days when they observe eight precepts.

As for most Buddhists, they are expected to live responsibly and according to the precepts. Specifically, this means avoiding sexual misconduct or acting dishonorably with regards to sexual activities.

Lay Buddhist practitioners will take the five precepts most of the time, while Bikkhus would strive to adhere to the ten precepts at all times. That being said, not everyone practices them evenly.

In general Buddhists believe that all beings have Buddha nature and as such never consider activities which lead to more suffering for oneself or others as good deeds.

Buddhism is a philosophy that emphasizes selflessness, enlightenment, and compassion.

One can see the Buddha’s teachings as a guide to help people abstain from excessive desires and urges by not indulging in the sensory pleasures of the senses such as food, drinks, sex or any craving.

One of the most important things that a meditator can have is a comfortable meditation cushion. Meditation cushions are designed to promote good … END_OF_DOCUMENT_TOKEN_TO_BE_REPLACED

Meditation is an important aspect of Buddhism. You could say that Buddhism is a religion that is about being mindful, a practice that is often a … END_OF_DOCUMENT_TOKEN_TO_BE_REPLACED

It's commonly believed that "The foot feels the foot when it feels the ground" comes from Buddha, but it was actually written by a noted English … END_OF_DOCUMENT_TOKEN_TO_BE_REPLACED